It’s getting to be a bit silly what’s passing for a lightweight sportbike these days. In the beginning, it made sense: You had the Kawasaki Ninja 250. And, well, that was it. It only took twenty-odd years, but the other manufacturers eventually took notice that building small bikes to entice new or returning riders was probably a good thing for the industry, and hence, started building little bikes of their own. Honda came around with the CBR250R…just as the competition upped the ante again. Kawasaki pushed the bar with the Ninja 300, then Honda made a weak attempt to follow suit with the 286cc CBR300R. Yamaha then jumped in the game, shoving displacement rules out the window with its 321cc R3 – but not to be outdone, the brash Austrians (via India) at KTM one-upped all of them with the 373cc RC390.

Today, Kawasaki is throwing convention out the window yet again, shelving the Ninja 300 (at least in the U.S.) and giving us the all-new Ninja 400. So it’s only right we at Motorcycle.com put it up against some worthy contenders. If this idea sounds vaguely familiar to you, it’s because we last put the crop of little bikes (not to be confused with liter bikes – very different) together in 2015 in our Beginner-ish Sportbike Shootout. There we had the CBR300, Ninja 300, RC390, and R3 fighting it out, with the Kawasaki narrowly beating the Yamaha for the top spot.

This time around there’s a CBR and an RC390 to go against the Ninja 400; however, considering the beating the CBR300R took in 2015, we’re bringing in its bigger brother – the CBR500R – to take on Kawi’s 400. As for the KTM, the RC390 has received some updates since we last tested one three years ago. Bigger brakes, revised suspension, and some chassis tweaks have made it a sharper scalpel compared to 2015. KTM says nothing was changed with the engine, but we find this hard to believe. Our 2018 tester makes three more ponies to the wheel than our 2015 model, reaching that point 1,000 revs higher (granted, these were different dynos, but the difference in power and engine speed seems significant). This was reason enough to include it in this test. If you take racing into account, then the KTM vs. Kawasaki comparison becomes even stronger, as the two brands are fighting it out in the World Supersport 300 category, as well as the MotoAmerica Junior Cup series.

Read the full shootout at: http://www.motorcycle.com/shoot-outs/2018-lightweight-sportbikes-shootout

Established in 1994, Motorcycle.com is the premier online resource for motorcycle and scooter enthusiasts. With hundreds of high quality, detailed video reviews on bikes from Harley-Davidson, Honda, Yamaha, Suzuki, Kawasaki and just about everybody else, it’s the best place to go to learn about the latest and greatest two-wheeled creations. There’s simply no better resource if you’re planning on buying or if you just want to check out some awesome machines. 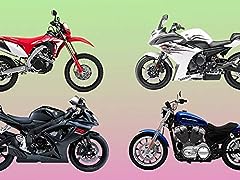 
What Type Of Motorcycle Is Right For You

(as of September 12, 2020 - More infoProduct prices and availability are accurate as of the date/time indicated and are subject to change. Any price and availability information displayed on [relevant Amazon Site(s), as applicable] at the time of purchase will apply to the purchase of this product.) 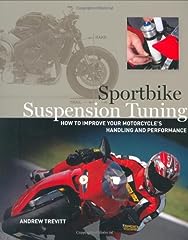 David Bull Publishing (as of September 12, 2020 - More infoProduct prices and availability are accurate as of the date/time indicated and are subject to change. Any price and availability information displayed on [relevant Amazon Site(s), as applicable] at the time of purchase will apply to the purchase of this product.) 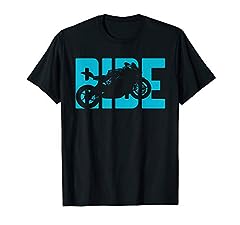 This Sportbike Sports Bike shirt is the perfect tshirt for Sportbike fans. Great gift for Sportbike bikers. People who love Sportbike will love this tee shirt. Perfect Sports Bike present for men, women boys girls youth kids Lightweight, Classic fit,... (as of September 12, 2020 - More infoProduct prices and availability are accurate as of the date/time indicated and are subject to change. Any price and availability information displayed on [relevant Amazon Site(s), as applicable] at the time of purchase will apply to the purchase of this product.) 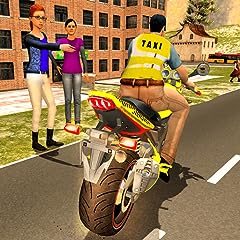 Please add in your reviews, information about respective dealer service intervals, as these may also influence the purchase of bikes.

Honda cbr500r is the best

why are you comparing 2 twin big displacement bikes to a smaller single? usually a bike with half the cylinders gets a displacement advantage. this review was unfair to the ktm

You have three guys and three bikes; I would have liked to see 3-Lap intervals, in three races for each guy on each bike in a race competition with clearly displayed Stats… meh, we got opinions instead. Also, when hemming and hawing over the issues pros-and-cons between the KTM and Kawasaki over over-all performance on and off the race track; that KTM ‘May’ be the better track bike, it is also important that when they mentioned heads and valves popping and needing adjusting, to also think of costs — the costs of maintenance per bike. It is likely that despite the mechanical issues you’d get with KTM, the cost to repair will most likely be significantly higher than it would be for the Kawasaki to maintain…. so, dollar-for-dollar, you are most likely to get the most mechanical issues and mileage out of a Kawasaki 400 than you will with a KTM RC 390; this is to say, some of the best track features the KTM RC390 may offer won’t compare to the Kawasaki 400 in over-all street and track performance and costs. Just think of the KTM RC 390 as your Super Hot ‘High Maintenance’ Girl Friend; nice to show off to the boys, but a pain in the as when it comes to long-term dependable and reliable relationships.

Should have tried the cbr 250rr on the track , it may lack the torque but definetly lite !

Overall CBR500 sucks the most

CBR 500 is awesome looking bike
Then Yamaha Then Kawasaki

Do a Drag race between three,you will find out.

ktm rc 390 and kawasaki 400 headlights are the best

CBR500 RA ABS is only $300AUD more than the 400 Ninja atm in Aus. The Honda’s top speed is disappointing though, not that i’d use often, but the Ninja goes 20km/h faster!

Out of the bunch I’d buy the cbr500 if it was 1k less new. Otherwise I like the ninja

Kawasaki is #1 rank for less engine problems. Ducati is rank #1 for most engine breakdowns. Kawasaki keeps putting out amazing bikes

First of all how many people buy these bike to ride in the track? 90% of customers buy bike to ride every day and they want to cool sports looking bike .. no one wants to get speed ticket every day and average populations height is 5.5 to 5.9 so why the se big companies make these bikes super powerful and only design for tall riders ? How big market segment they are losing just being ignorant to understand they also need to design bike that looks super sports and comfy and design for general height people..